It was late June and time for my annual pilgrimage to the land of my ancestors, the legendary area called Sápmi in the far north. It had been a warm spring and early summer across Norway, with little rain. When I arrived in the north the water levels were quite low, but still cold below 10 degrees Celsius in most of the rivers. In the previous couple of seasons, the water levels were almost at flood levels at the same time of year and the fish were holding out in the lakes and smaller streams. Now these smaller streams hardly had any water in them. Mother nature does things her own way from year to year and the only thing a fly-fisherman can do is to try to adapt. I relished the challenge this presented and set about exploring different areas and rivers around the tundra to get my bearings. Not much were hatching at that time, but I caught some fish on the highly effective nymphing technique I had used with success while fishing in New Zealand. Then came a couple of days with heavy rain and the water levels increased by at least 30 cm. I thought this would set things off, but it turned out to put things further on hold instead.

After some days of fishing on my own I picked up my buddy Monrad from the airport and we headed out to a new river with a different watershed. Luckily for us the conditions had progressed a bit further there, with only a couple of degrees Celcius warmer making a big difference. The caddis hatched in good numbers, together with the distinctive yellow Sulphurea mayflies. It didn’t take long before we saw the first rising fish and some of them looked pretty good too! We caught several nice trout up to 1,7 kg on dry flies and had a great time on our first day of fishing together. Things gradually picked up from there and we landed several fish over 2 kg, both on dries and nymphs.

Monrad was my fly-fishing mentor when I was a total newbie back in the days and I had learned most things I knew about the sport from him. I guess you could call him a dry fly fanatic, and in most cases a dry fly is highly effective in these parts. But sometimes the fish feed below the surface, something we experienced on day 2. We could see the fish eat just below the surface and our dry flies got refused again and again. I thought I would try to teach the old dog some new tricks, namely the nymphing technique I had learned in New Zealand. He would have nothing of it to begin with, but after I landed several nice fish, including a 2 kg trout on a #18 tungsten PTN, he finally resigned and tied on a nymph and started to catch fish as well. I thought I had converted him into a full-blown nymphomaniac, but the following day the fish were feeding on the surface again. Monrad set his new Norwegian personal best with a 2,6 kg whopper on a large Klinkhammer dry fly! I also caught a nice 2,5 kg trout on a large streaking caddis, my Norwegian seasonal best so far.

The weather turned warmer and things started to heat up in the other rivers as well, with different kinds of mayflies hatching in various sizes. We decided to explore some new areas and set up camp next to a promising stretch of river. We knew some big fish had been caught in that area during previous seasons and waited hopefully for the evening hatches to begin. After several evenings not much had happened, only small trout and whitefish were rising occasionally. We decided to do what we usually do in such circumstances and that is to walk and search for smaller and more local hatches. We finally found what we were looking for and caught many nice fish up to 1,5 kg.

After 10 days of fishing together, Monrad had to get back to his family and work duties. It had been a blast as usual, and hopefully Monrad had gotten a fly-fishing dose to last him a while. I continued on my own for about another week and had a great time as both larger caddis and Danica mayflies started to hatch sparsely, but just enough to entice some nice fish to the surface. I decided to use my camera more and to try and shoot some rising fish. In a large backwater I spotted a cruising trout picking off caddis streaking across the surface. It is not easy to put away the fly-rod in such a scenario, but I pulled out my camera and started to film some of the caddis. Luckily, I managed to capture some of the takes on video. I then rigged my #3 weight rod and tied on a caddis imitation tied by my friend Richard. I got it in front of the fish and it rose to take my fly, but I was too quick and missed the strike. The trout got spooked and stopped rising, but I was happy nonetheless.

The first round of fishing in the far north of Norway had been a refreshing and challenging experience. Now I will visit our Russian friends and rivers on the Kola peninsula, in search of even more trout and a true wilderness experience. After that I will spend the rest of the season in the far north of Norway, fishing for both trout and salmon. To be continued. Tight lines! 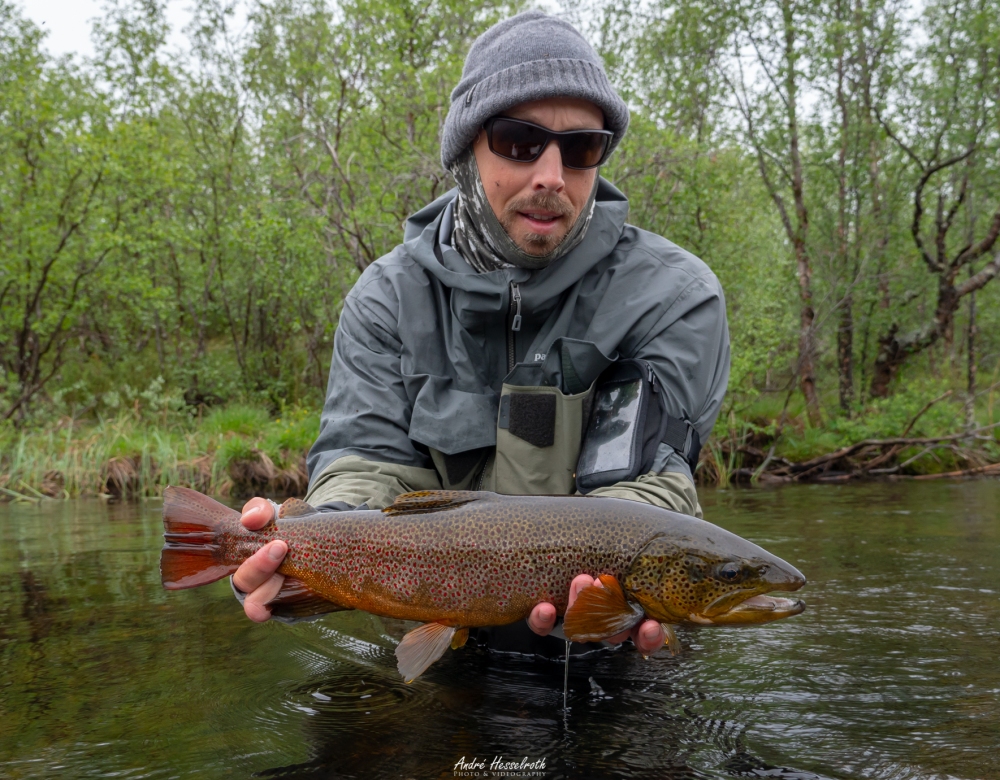 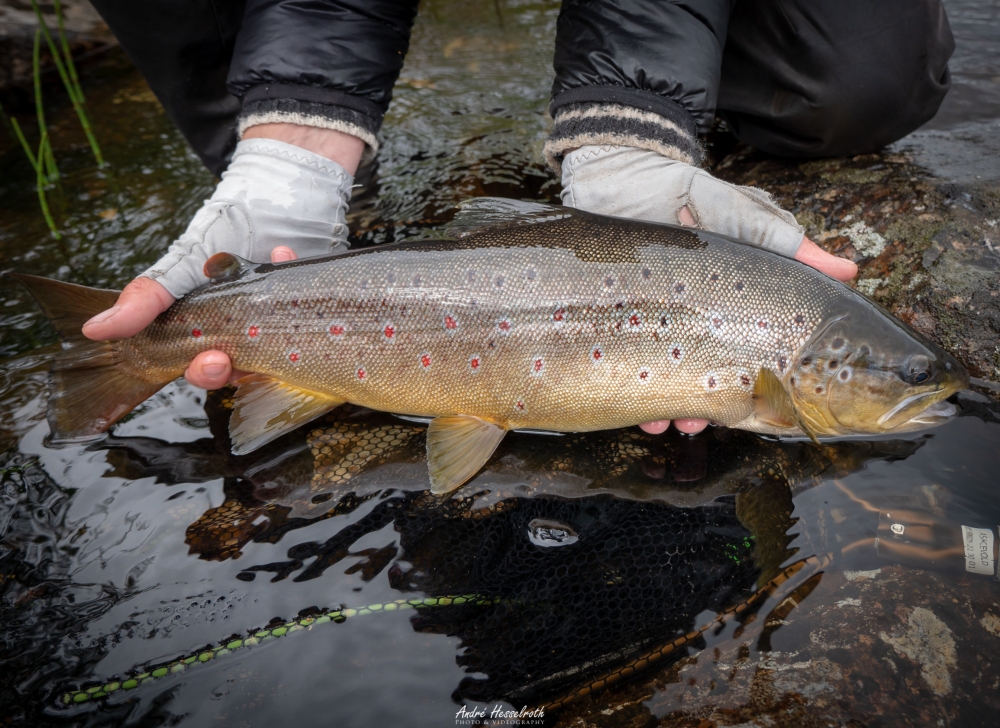 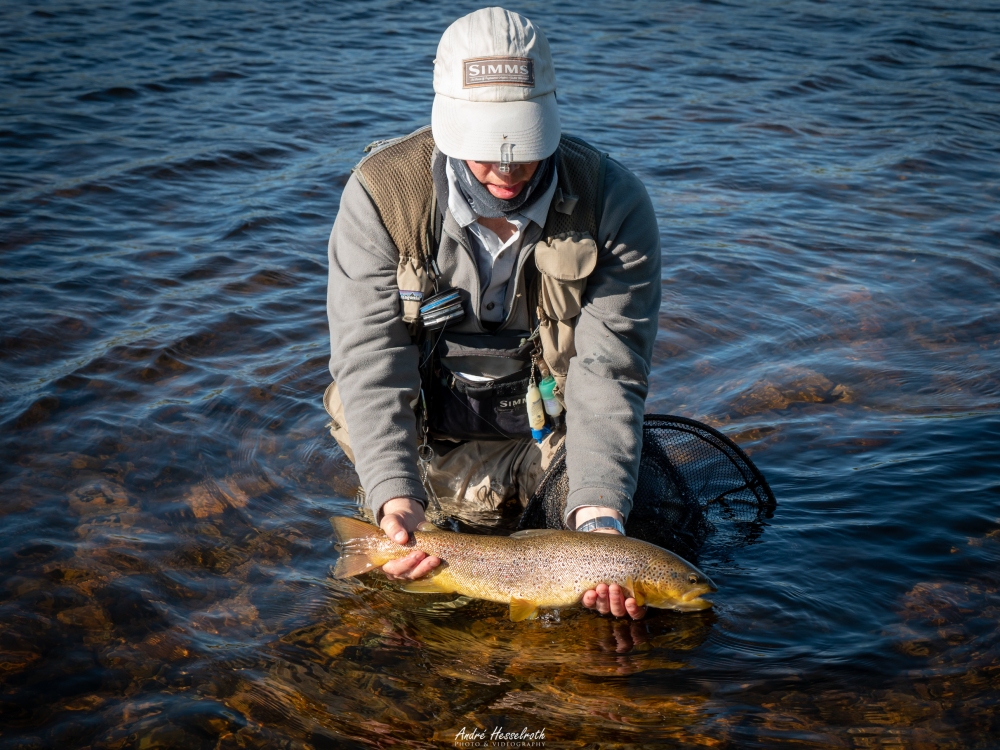 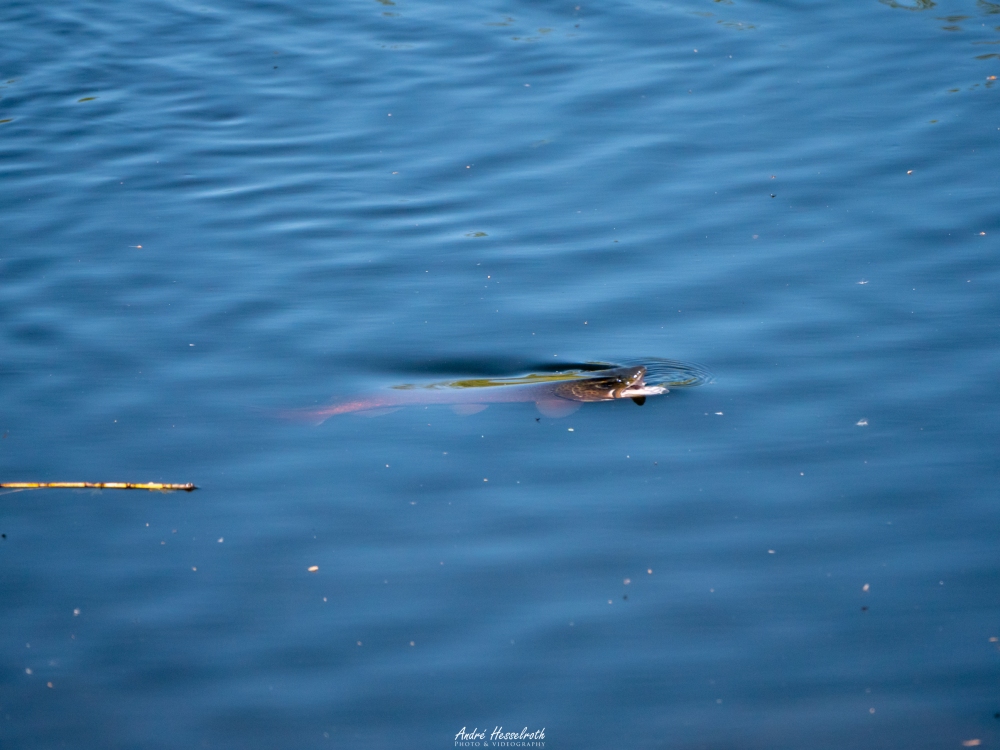 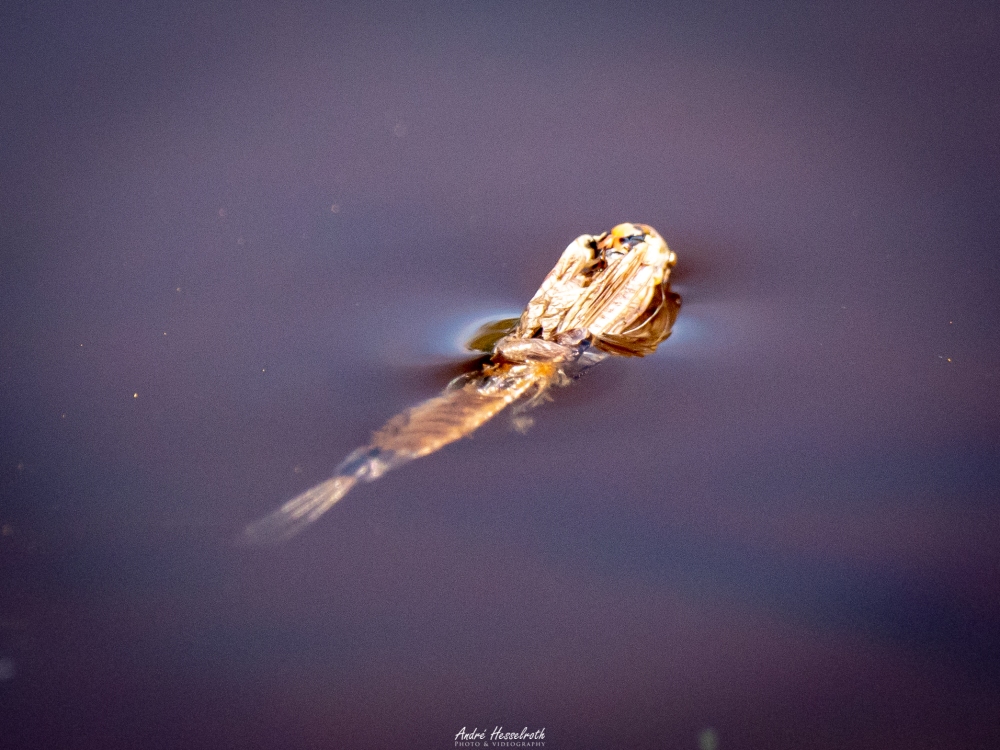 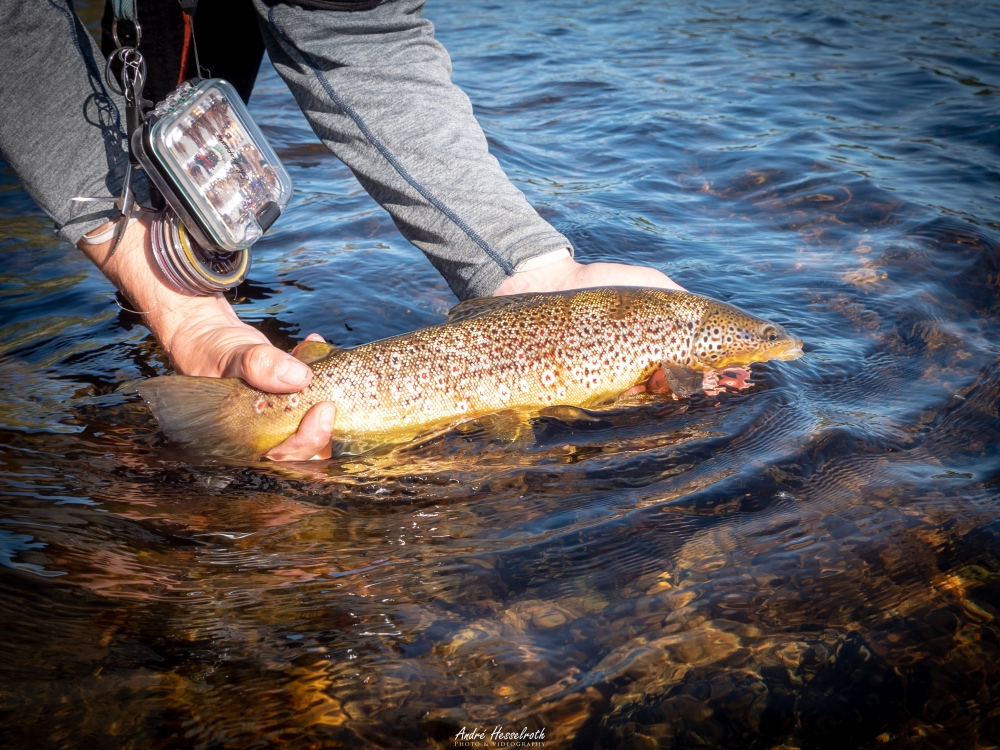 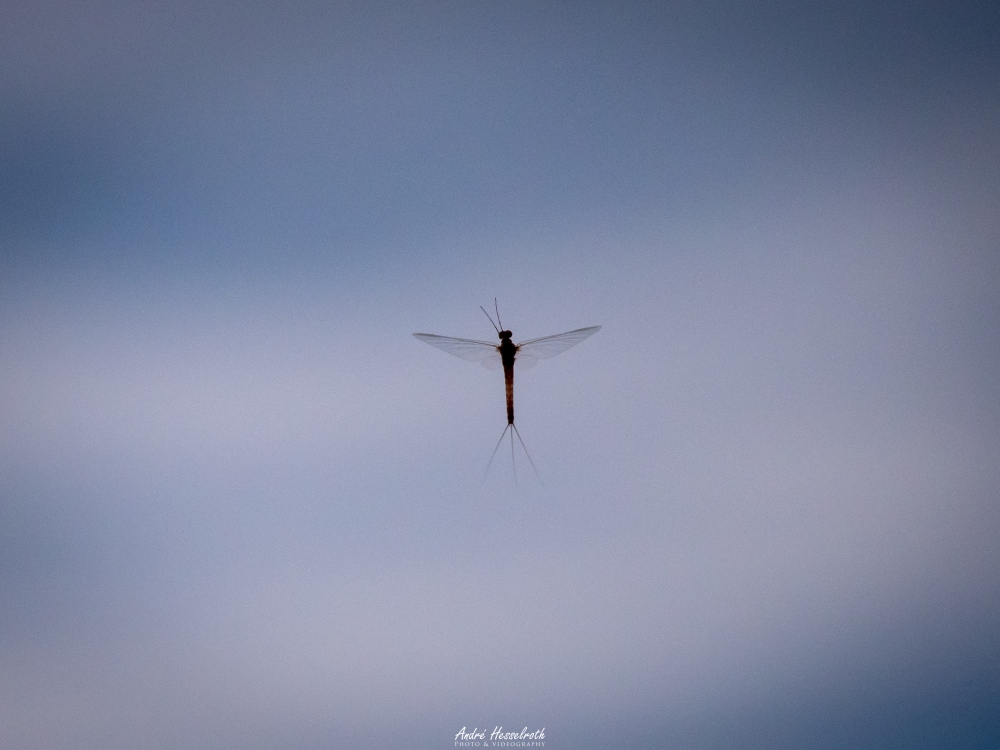 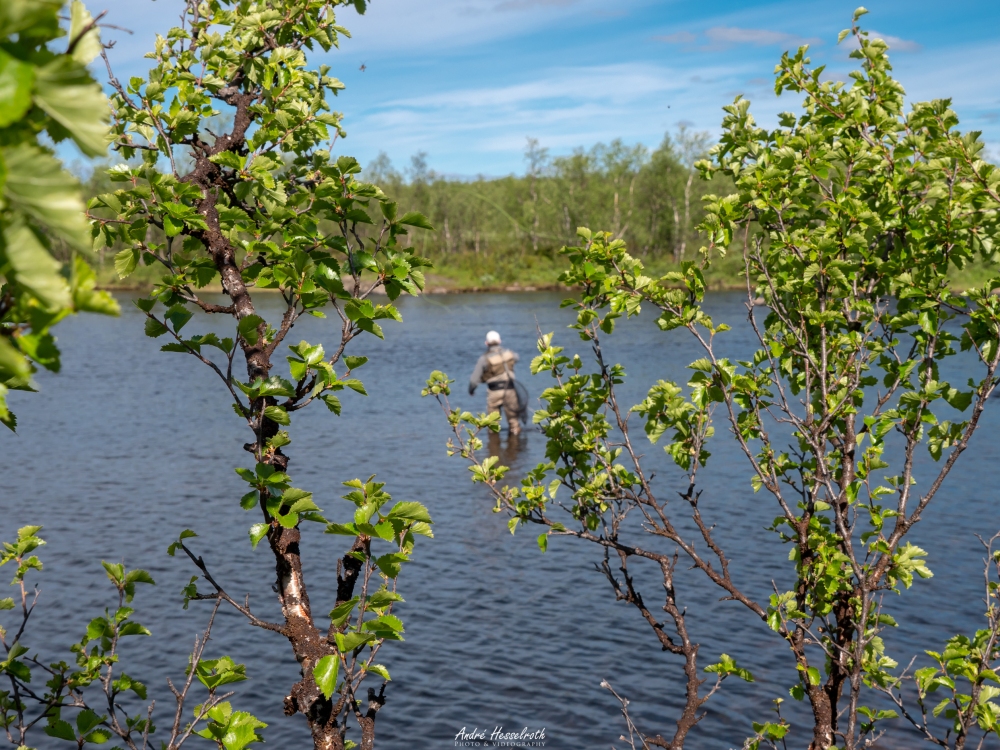 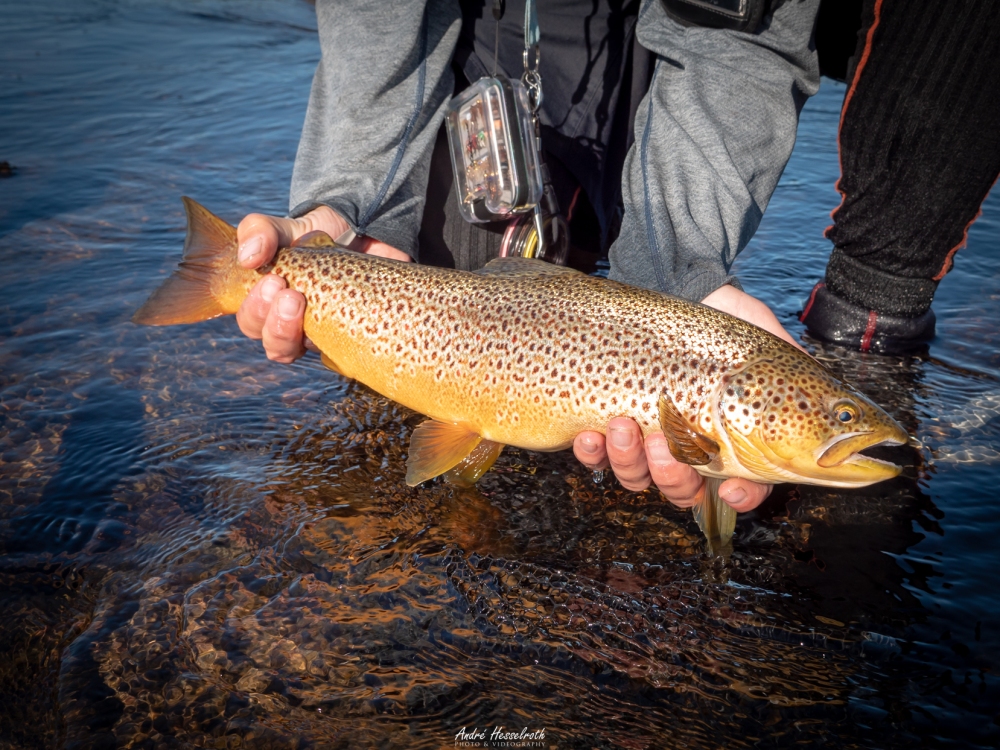 🍿 You might want to take a seat for this one 🤪 A slightly confused caddis just hatched in a small backwater. He finally get his bearings and makes a dash for land. Will he make it?