My stay at the North Island of New Zealand was nearing its end, and so was the summer season. But between the storms and downpours, there was still warm days and good fishing to be had. My recent experiences with cicada fly-fishing had been a revelation for me and I wanted more. There are many rivers located high up in the various mountain valleys and I decided to spend some time exploring some of them. Because of their remote location, many hours of tramping are required to get there, and you will need to spend a night or two. Some planning is required before heading out into the backcountry for days, as it can be a dangerous place if you are not prepared. The weather can quickly change from warm and sunny, to windy, wet & cold. You will need clothes to keep you warm & dry, and spares in case you get wet, either from sweat or rain. Although there are different DOC-huts available for use throughout the backcountry, I decided to also bring my tent, sleeping bag and inflatable mat, in case I wanted or needed to make camp away from the huts. And then there is the food, which I like to bring as much of as I can carry. I prefer high-energy, space saving food such as nuts, dried fruit, boiled eggs, chocolate & cheese. And of course, coffee. Water I retrieve from the river, but unless far up in the headwaters I always drink it through a filter that removes any bacteria. Lastly, I bought a GPS distress beacon, in case of an accident in the rugged terrain. A good investment, especially when going in alone. It gave me the peace of mind and motivation to head out much further into the backcountry than before. With the big backpack loaded up, I headed out into the wild and up one of the river valleys.

There is something very exciting about walking into a new and unexplored mountain valley, surrounded by ancient beech forest and bird song. You never know exactly what you will experience, but at least you know the fresh air and exercise will do you good. Although my load was heavy, I did not feel weighed down. I had all the time in the world and no other concerns than where to put my feet next. That is not something to take lightly in these woods, as the wrong step can either lead to a broken limb or send you tumbling down into the abyss below. It’s very good exercise both physically and mentally, the whole human being engaged, surrounded by beautiful and everchanging nature.

I made decent progress and finally saw the river down in the valley below. It was running a wee bit high but was not unfishable. The path veered up and down high bluffs, into the woods and then down to the river in some places. That is where I saw a big one, cruising around in one of the large pools. The terrain was difficult and there was no obvious way of presenting the fly out there, without the fish seeing me, at least not from my side of the river. I considered any crossing options, but the river was still running too high for me to cross safely. It was one of those moments where I resigned to observing the fish for a while, hoping to get a second chance on my way downstream some days later.

Some hours of heavy tramping later I arrived at the DOC hut where I decided to spend the night. It was in the middle of the week and late in the season, so I had the hut all to myself. The river had settled a bit in the last hours and was looking more and more fishable. I thought the next day was going to be awesome. Then it started to rain. As night fell and the temperatures plummeted, I was happy to stay in the hut for the night and not sleep in my tent. The rain kept on hammering throughout the night but had stopped at dawn. When I woke up the next morning the river was flooded and murky once again. I fished one of the smaller tributaries that was not so affected by the recent rain, but then the sky opened once again. I either had to wait it out, which could take many days, or hike out again and find another river to fish somewhere else. I decided on the latter and headed back out, fishless and tired, but still happy.

Back in civilization and mobile coverage I ran through the water flow charts for different rivers in the area. Some areas had gotten a lot of rain, while others had been spared the recent downpours. Rain can be very local and sometimes a mountain ridge is all that separates a swollen murky river with a nice and clear one. I resupplied and made some adjustments to the contents of my backpack, and then headed up one of the other valleys. It was a grueling 5-hour walk, starting with a 2-hour steep climb up a mountain, before descending into the very inaccessible valley on the other side. There I found the headwaters of a beautiful river and a nice DOC hut where I could sleep. It was already getting late in the day, but I had a quick peek at the river and it looked perfect. Then it started to rain there as well. According to the forecast it was only going to be a small drizzle, so I resigned to the hut and hoped for the best. Unfortunately, it rained throughout the night and when I woke up the next morning the river had risen to unfishable levels. This time I decided to wait it out. As long as it didn’t rain any more, the river would probably fishable the following day. Thankfully I had brought along a good book. I had coffee, chocolate and there was plenty of firewood next to the stove in the cabin. With slightly sore legs I settled in and enjoyed the peaceful setting and comfort of a warm hut. These DOC huts are absolutely brilliant. You can buy tickets in advance, and for unserved huts like this one it only costs 5 NZD per night.

On the 3rd day I woke up to clear skies, and more importantly, a clear river running at ideal flow. I decided to fish my way upstream, as far up into the headwaters as I dared, before returning to the hut before nightfall. The river was something taken out of a fly-fishing fantasy, with many clear pools and nice runs. There was good number of trout in it as well, spread out, without too much walking between them. I had one of the better days so far in NZ, catching several nice fish on the cicada fly and spooking even more. Many of the pools held a fish, although they couldn’t always be spotted while approaching. In these cases, I presented my cicada fly with a splash in the low middle part of the pool, or from the tail and up. The problem I encountered several times when fishing all the way up from the tail was that the fish sometime would react from much further up in the pool, and then swim downstream to investigate, and hopefully eat my cicada. But I find setting the hook while the fish is swimming towards me somewhat challenging. In many cases I strike too quick, even though I try not to. On many occasions the fish would come downstream, follow the fly and apparently thinking about it. Then they would open their mouths and close on the fly, very slowly, even making a small wave pushing the fly slightly ahead of them. On many occasions I would have already made my strike before they actually reached my fly, leaving behind a slightly confused trout that wouldn’t be fooled by a cicada fly again anytime soon. I found it easier to hook the fish when the fly landed ahead of them, and thats how I caught some nice ones.  All the pools and runs were different and required their own unique approach to achieve success. It is just one element of fly-fishing that makes it so interesting and often very challenging.

I entered the gorge and fished my way quite a bit up, scrambling over boulders and swimming through pools. I caught a nice trout in one of the very inaccessible pools, before I managed to break my rod on a snag. Unfortunately, I had not brought my spare #5 weight rod into the backcountry, it was still in my car 7 hours away. There was nothing else to do than to head back to the hut, relax for the night and then head back out the following day. There were more river valleys to explore, and after resupplying again it was back to pondering flow charts and weather reports, trying to figure out where to head out next. 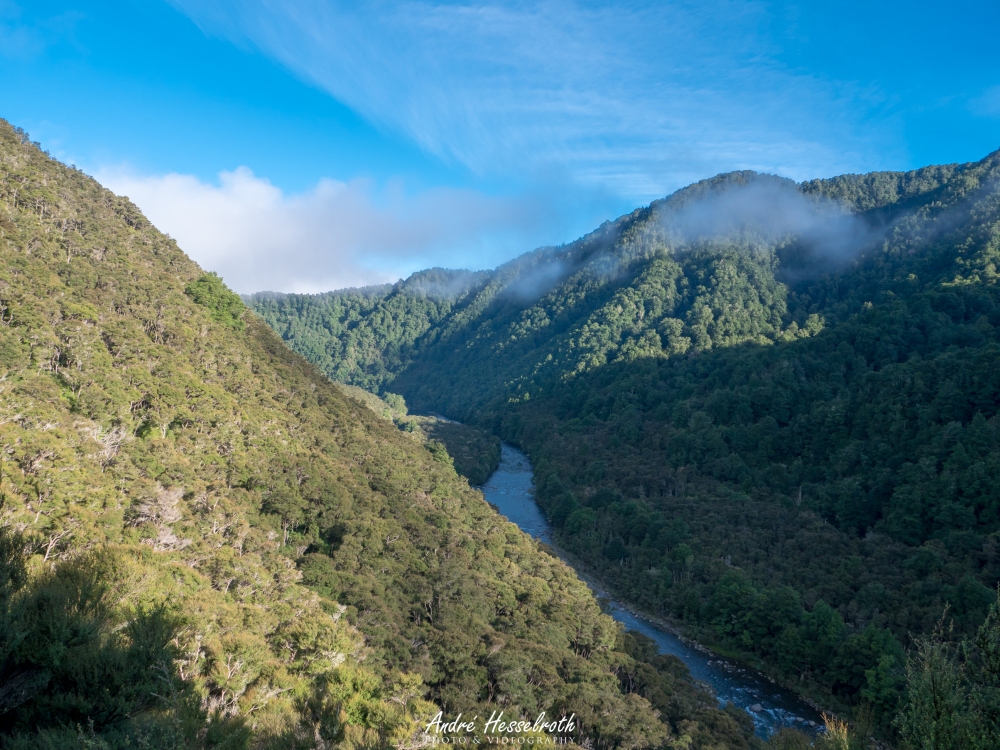 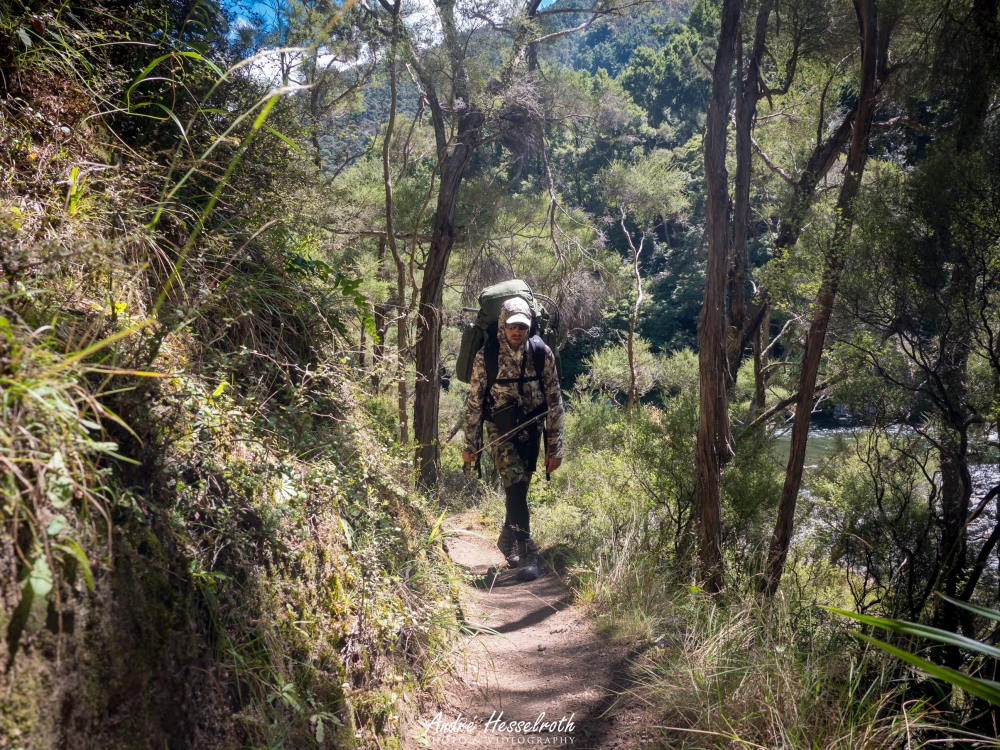 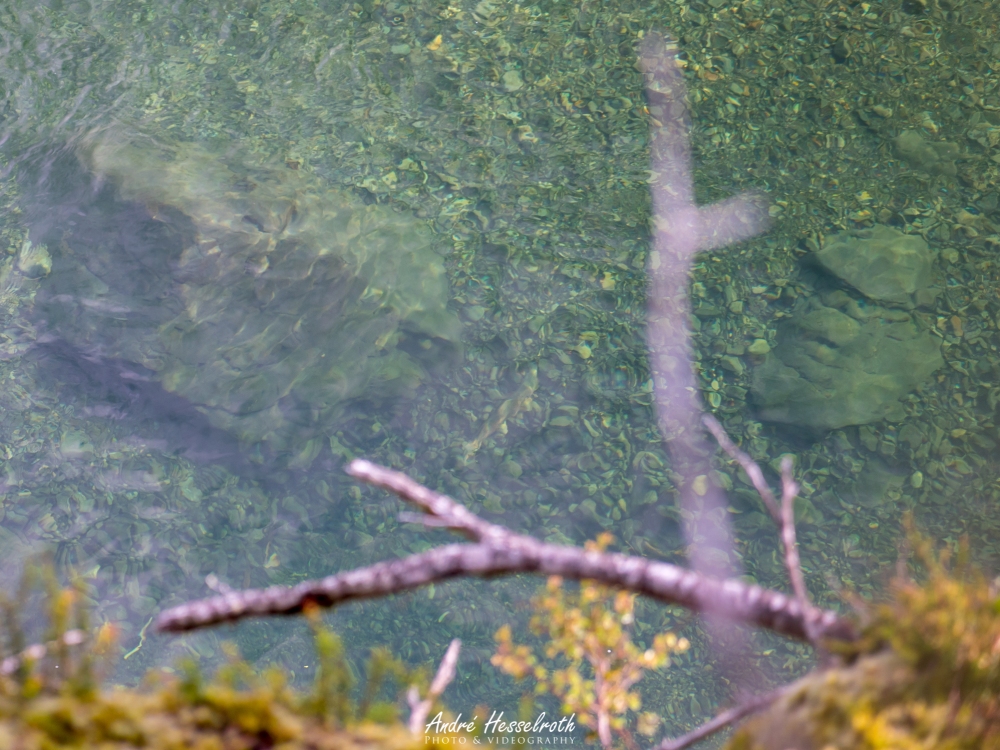 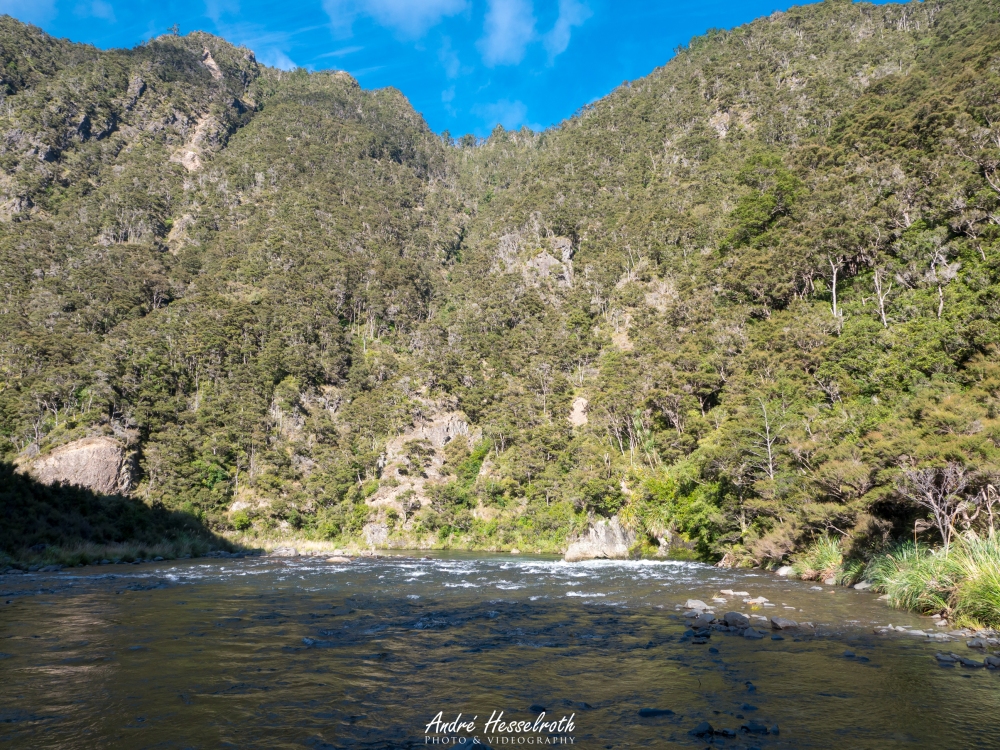 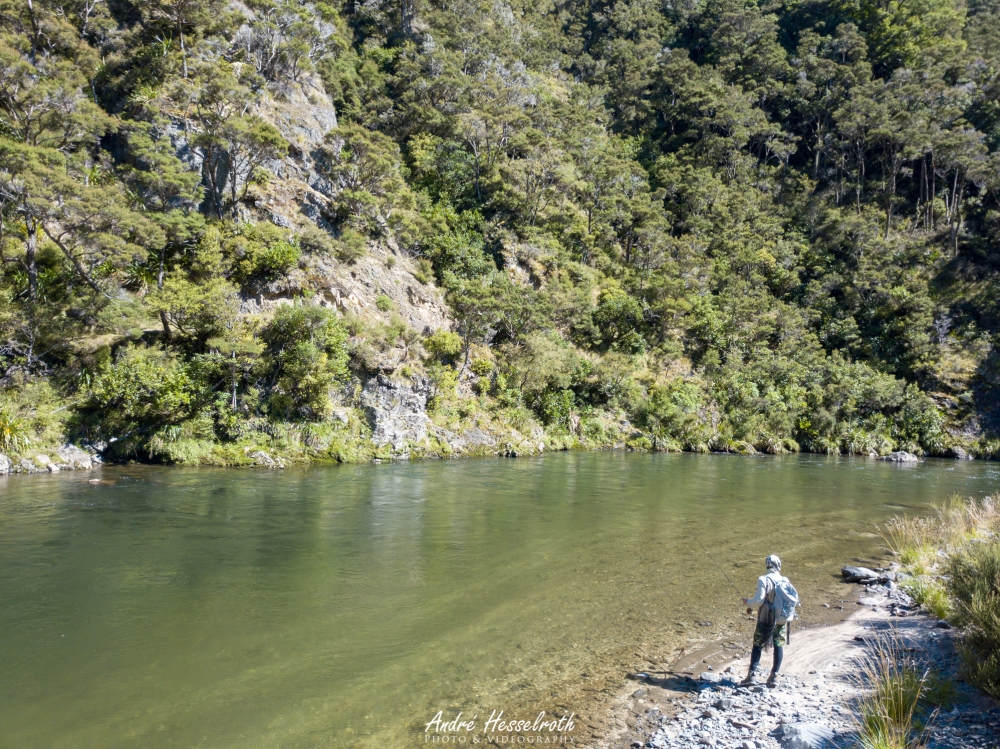 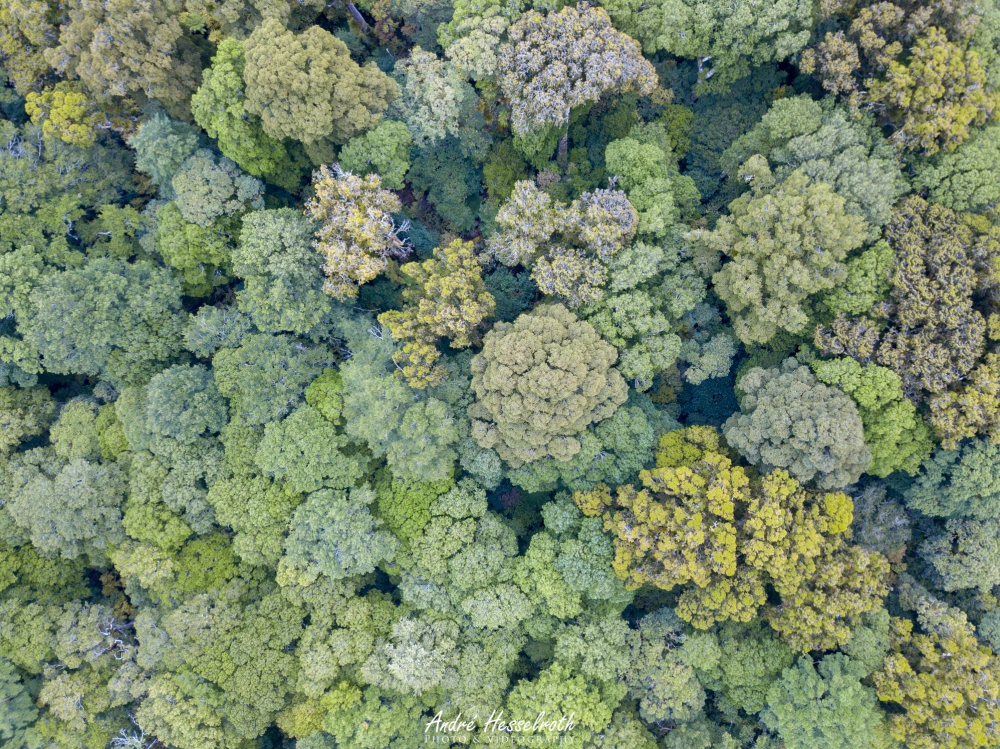 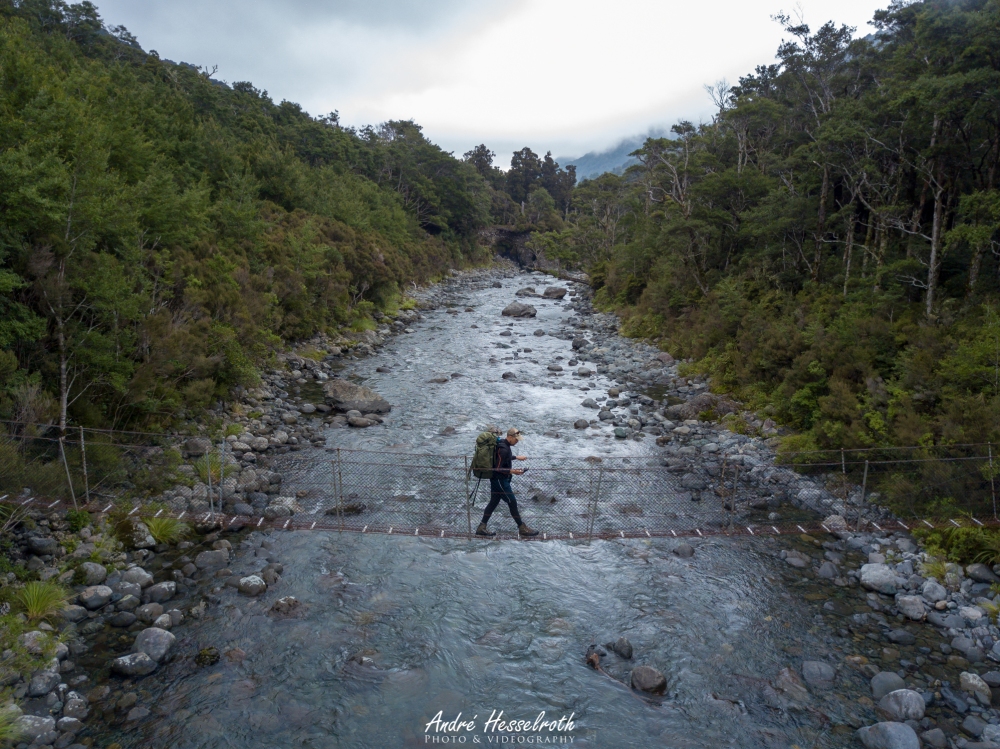 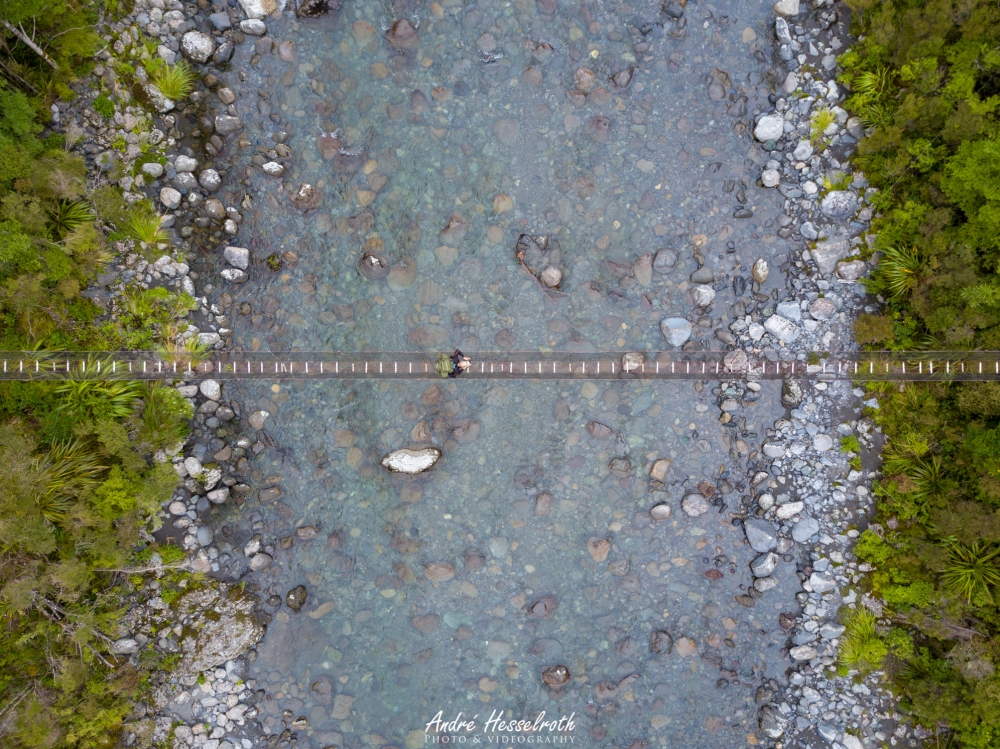 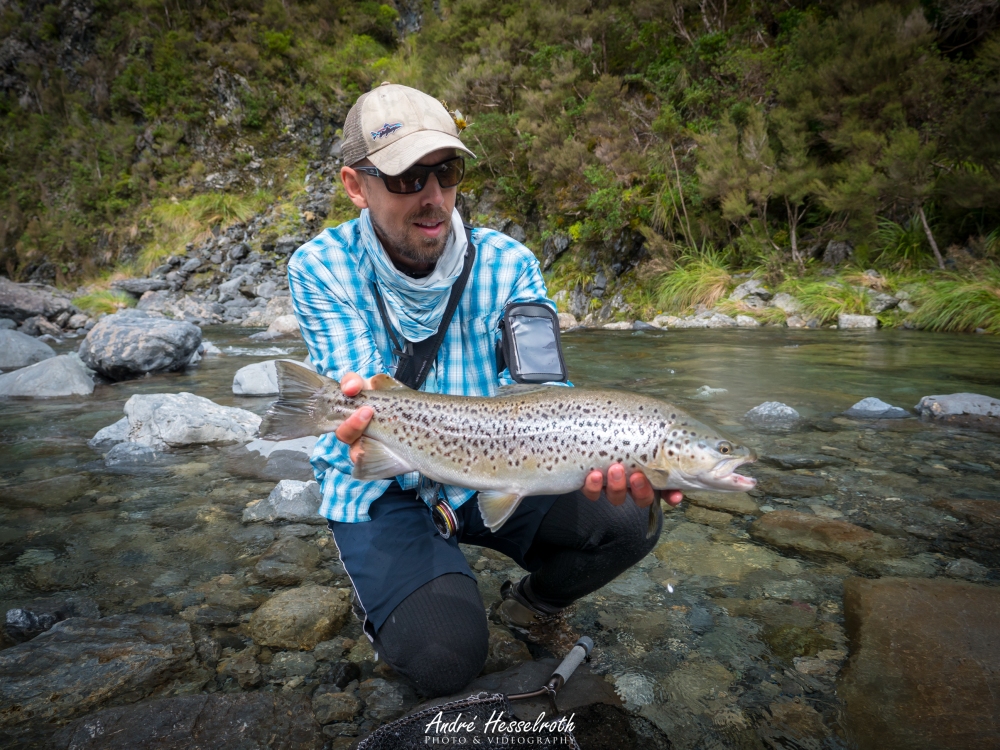 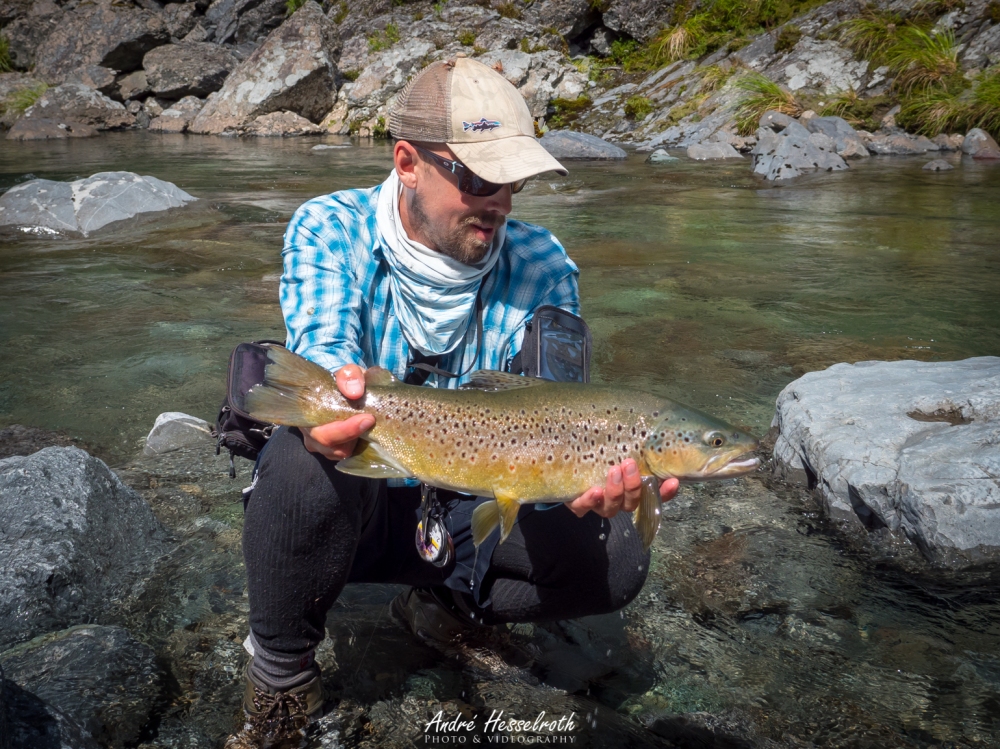 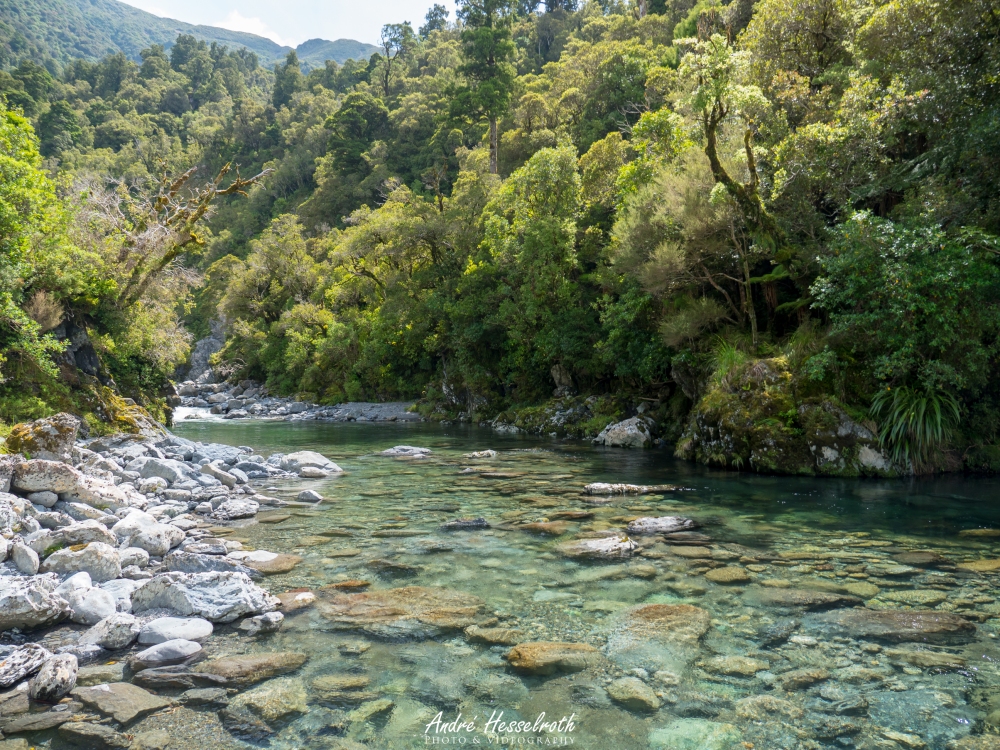