On the following day we agreed to head downstream together with Mikael. There was supposed to be some very nice stretches of river down there. We decided to hike downstream and fish our way up the river to the base camp in the evening. We reached the lower parts and discovered that nothing was happening. All we got was some very small trout on nymphs. We started to head upstream and halted at a small waterfall. There was a big pool below it that could contain fish. We split up and fished different parts of the pool. It was then that I saw what looked to be a salmon leaping upstream. We knew that river did contain salmon, and that people paid big bucks to fish for them down river closer to the sea. Was it possible that salmon had reached our parts of the river? Since nothing was hatching I put on a small wolly bugger streamer and decided to fish the outlet of the pool. On my first cast something big came up from the depths and took my streamer. It raced across to the other side of the river and behind some rocks. My #5 rod felt a little bit to weak for this fish. The fish was on the other side of the main current and I could feel both the fish and the current taking a hold of my fly line. The fish did not move that much, but after a short time he raced away again and went behind some other rocks. Then the leader broke off… Shit happens. It struck us that it could either have been a massive trout or even perhaps a salmon. It certainly was in the 5kg + range.

The pool did not deliver any other fish so we continued up the river. We came to the next pool and this one was much bigger. Mikael headed up to the inlet while me and Monrad decided to fish the outlet. Monrad got his fly first in the water and fished of the outlet systematically. Then it happened again, a big fish came and took his fly. We did not see it at first but it was apparent that is was big. As it showed itself in the water we thought that it could possibly be the biggest trout we had ever seen. It tried to head downstream into the white water below, but Monrad managed to keep it in check. As it started to tire out it was time to net it. It was then that we saw that it was actually a salmon! Monrad had caught a 3,6 kg salmon on is #5 fly rod.

The fish was released and Monrad was looking very happy. He went at it again and only 5 minutes later he had another fish on! This one looked to be even bigger. After a long and nerve wrecking fight we finally managed to land it. It was the biggest fish Monrad had ever caught on a #5 rod as the salmon weighed in at 6 kilo! He would probably rather have prefered a trout at the same size, but the salmon had certainly lifted his spirits. His nickname would be the “King of Salmon” for the rest of the trip. 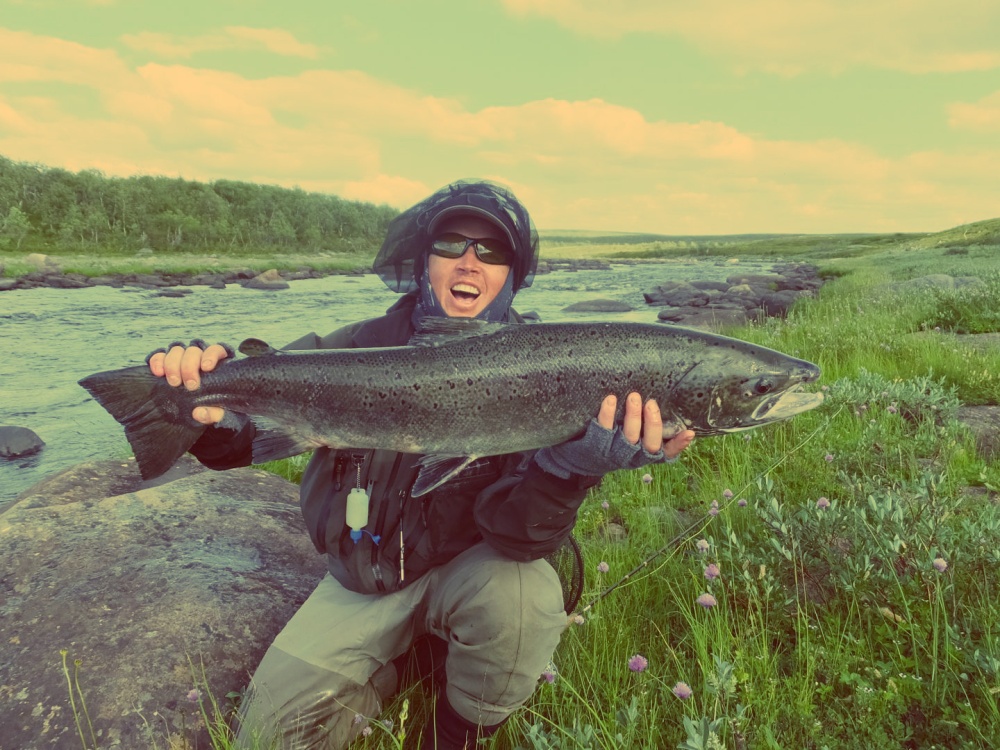 Things then slowed down for many hours. The walking and the heat had again taken its toll on us. One by one we put on our mosquito nets and fell asleep next to the river. When we woke up some hours later we headed upriver again. And finally the bugs started to get active again and we found many rising fish. We experienced great fishing with lots of trout head and tailing all over the place. Somehow it was one of those times where I could not hook a single one of them. I tried everything but somehow I continued to be unsuccessful. Monrad and Mikael seemed to have better luck than me and landed several nice trouts each. As night set in and the activity settled down it was time to head back to base camp. There we meet all the other guys and had ourselves a little party in the main tent. 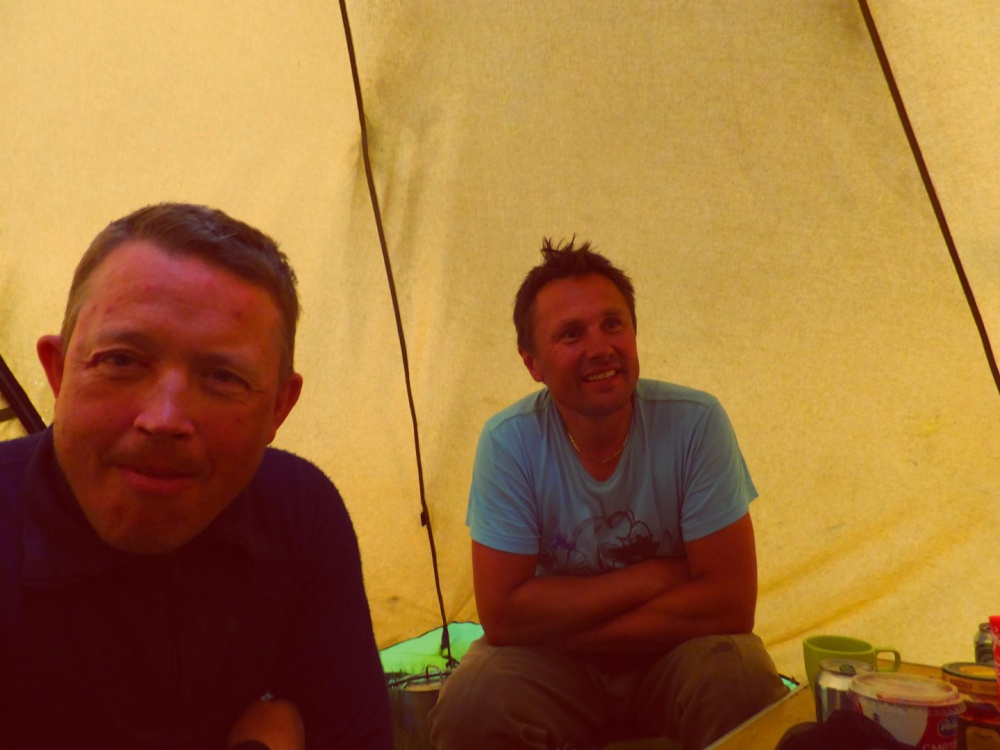