We arrived at our final fishing location and immediately went into action getting our tents up and rigging ourselves ready for fishing.

Lars suggested we all headed up the river so that he could show us some nice places. Sounded like a good enough idea to us. 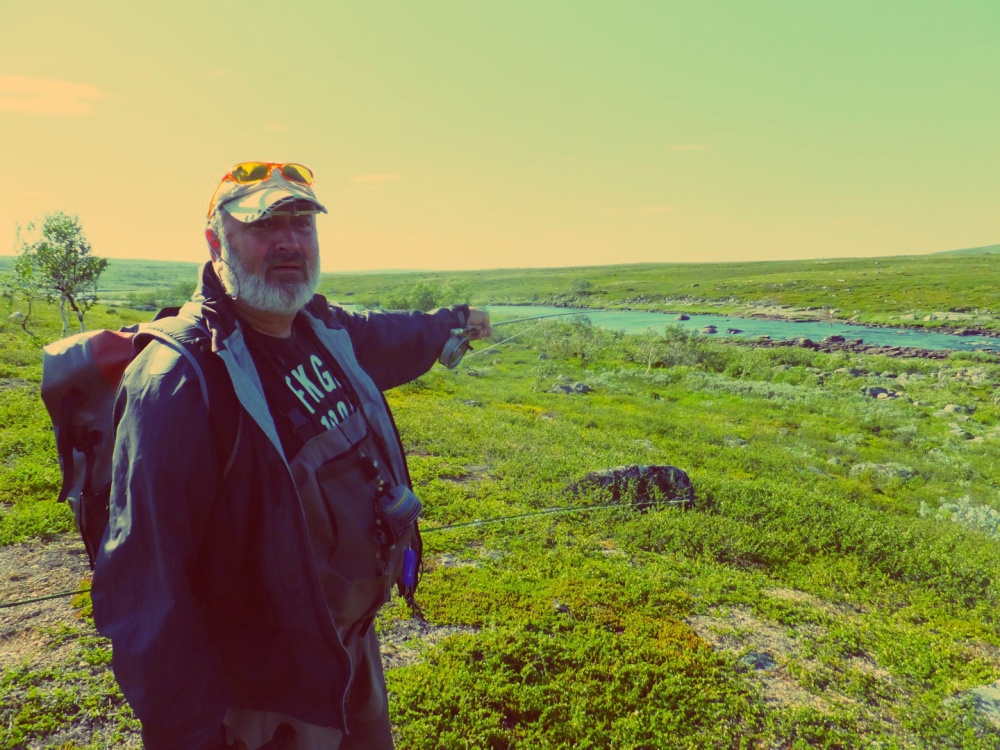 We divided up in pairs and started to look for rising trout. I spotted a nice one rising in the middle of the river. It looked like it was eating caddis on the surface, so I put on a big streaking caddis and moved into position. After the third cast it took my fly. After a good fight it revealed itself as a very nice 2 kg trout. 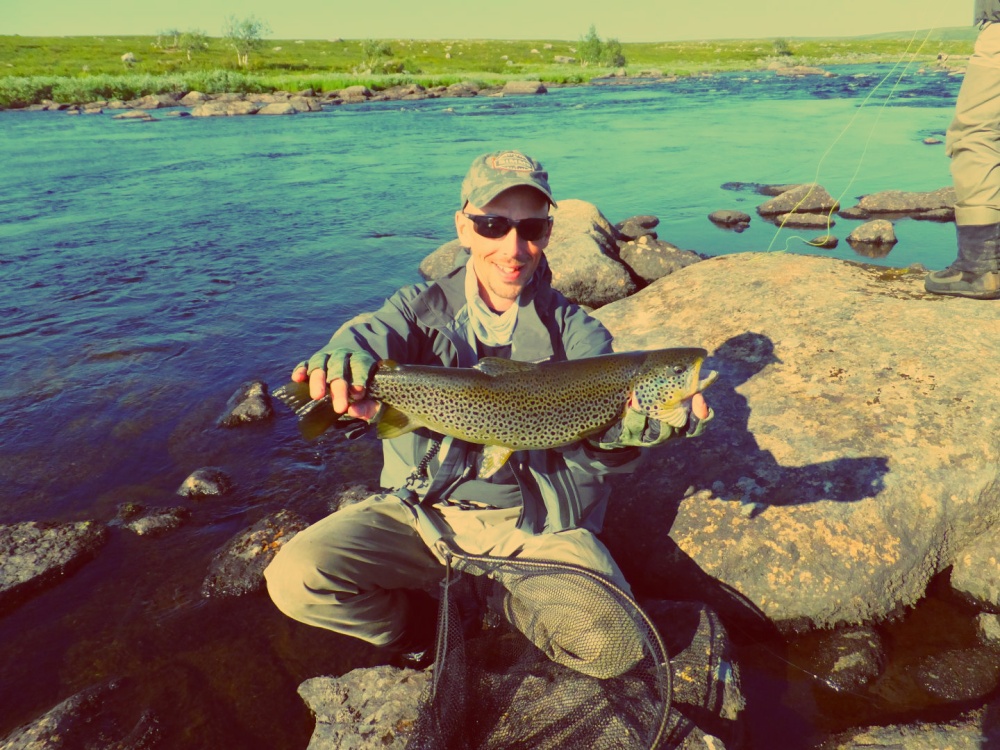 Spring onion grew all over the place. It would prove a nice addition to the dinners served by our cook Jena.

Later on in the evening we went downriver to find Mikael and the other Swedish guys having a blast in the middle of a good caddis hatch. Mikael showed us how its done and caught this beauty at 2,8 kilo. 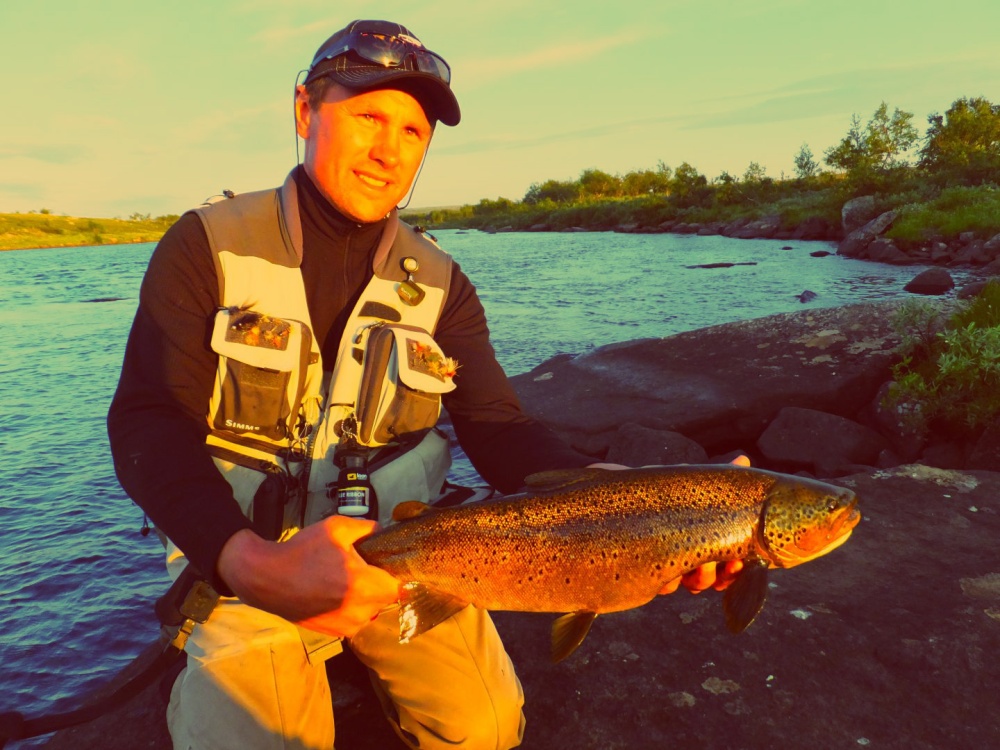 After many hours of constant fishing it was time to get into the tent for dinner and drinks. Good spirits indeed! 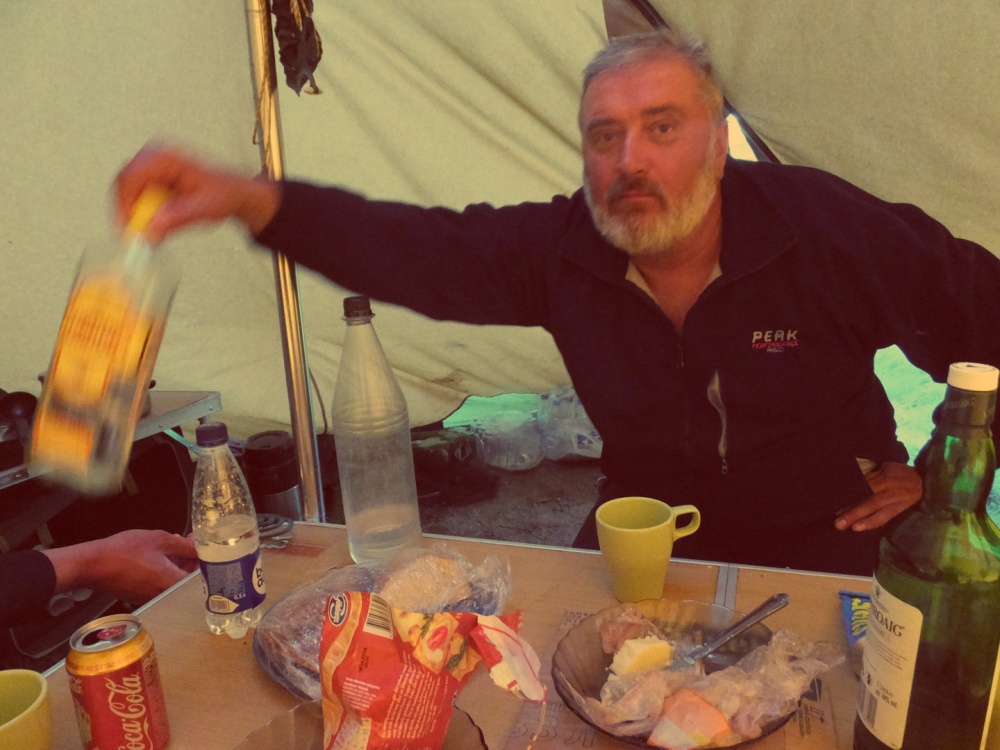